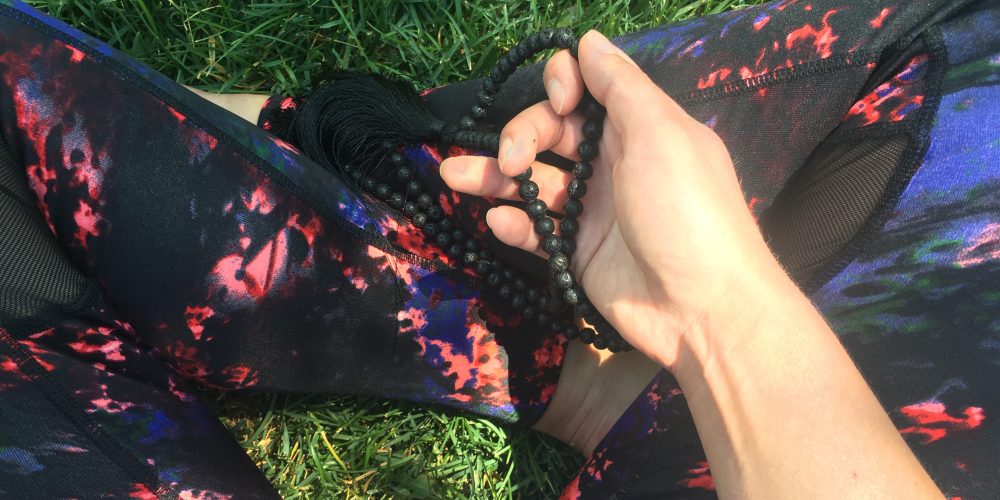 You’ve probably seen these but may not know what they are used for. Mala beads, also known as prayer beads, are a traditional tool that have been used for thousands of years. Malas are typically made with 18, 27, 54 or 108 beads. Though malas are traditionally used in yoga and the Hinduism and Buddhism religions, prayer beads are also used in other religious traditions such as Christianity (rosary), Islam (dhikr), Sikhism and Baha’i faiths for prayers, chants and devotions. More than two-thirds of the world use prayer beads to aid in spiritual practices.

Malas are particularly helpful for individuals who may have trouble with meditation. If you’re a beginner or your mind seems to run wild when you attempt to meditate, try using mala beads and focusing on a particular mantra to help you stay focused. Chose a mantra that is your intention and purpose for the meditation. You can choose a word, phrase or even an affirmation if you want to improve upon a belief system. As long as you choose a positive mantra, there is no wrong way to do this. It is believed that you can rewire your brain to embody the positive qualities of your mantra during meditation.

Using your thumb and middle finger, hold one of the the beads next to the large “guru” bead and say your mantra. Move your fingers to the next bead on the necklace, saying your mantra again. Continue to repeat until you reach the guru bead. Your mala’s guru bead signifies a time reflect before you end your meditation.

Also, if you are finding yourself stumbling through group mantras in yoga class, check out this article for popular mantras: Yoga Journal

In Tibetan Buddhism, malas with 108 beads are used. There is great significance in the number 108 in many traditions. Here are some examples:

Malas made with real stone can be expensive. I personally get mine from Mala Prayer. Their malas are some of the more affordable ones on the market, and they donate 20% of profits to women entrepreneurs through Kiva, a non-profit lending organization. The beads featured in this post are from their website. 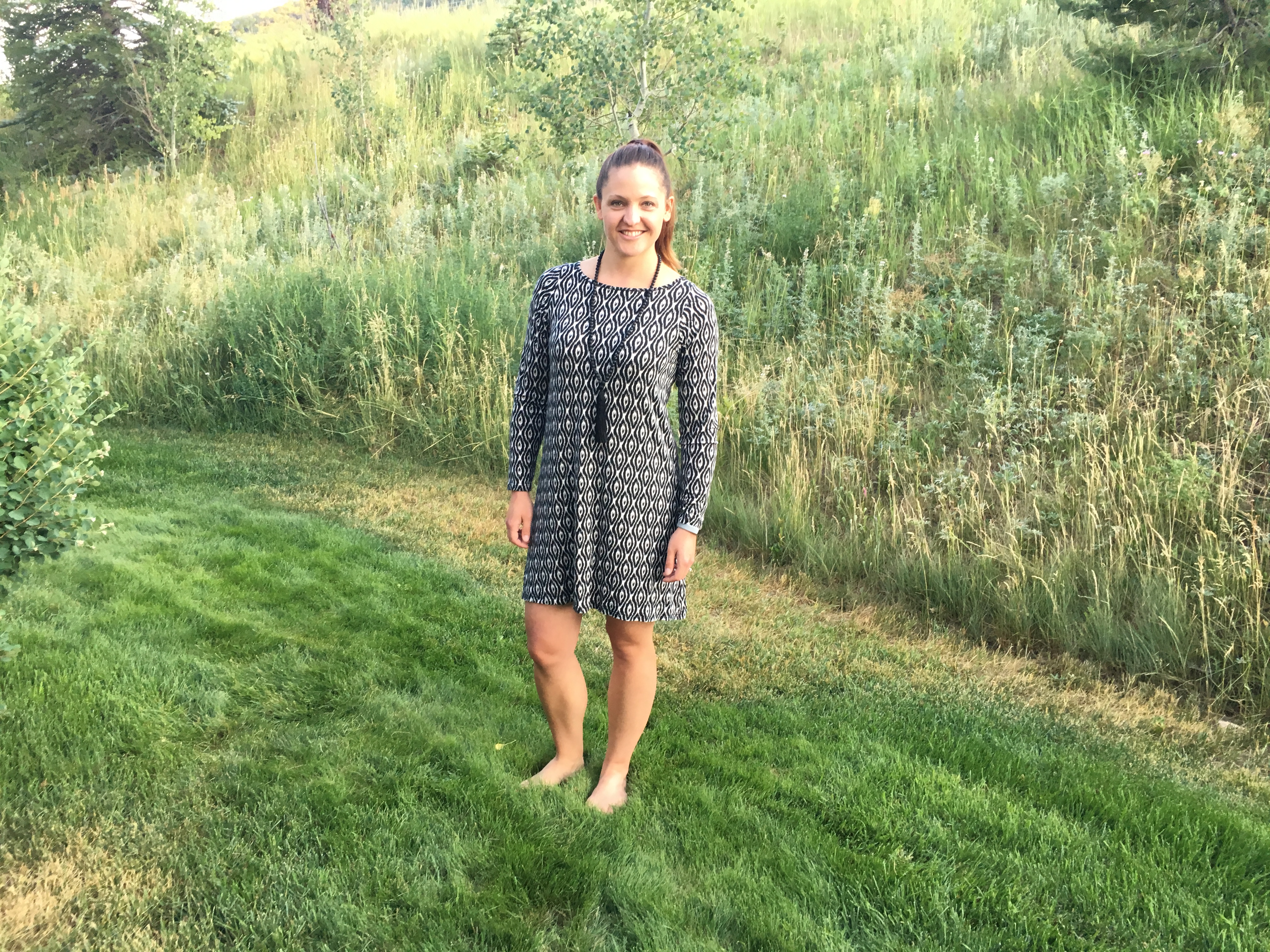 Mala meditation beads are great to take to yoga class, but they’re also stylish and can be worn with everyday clothes. 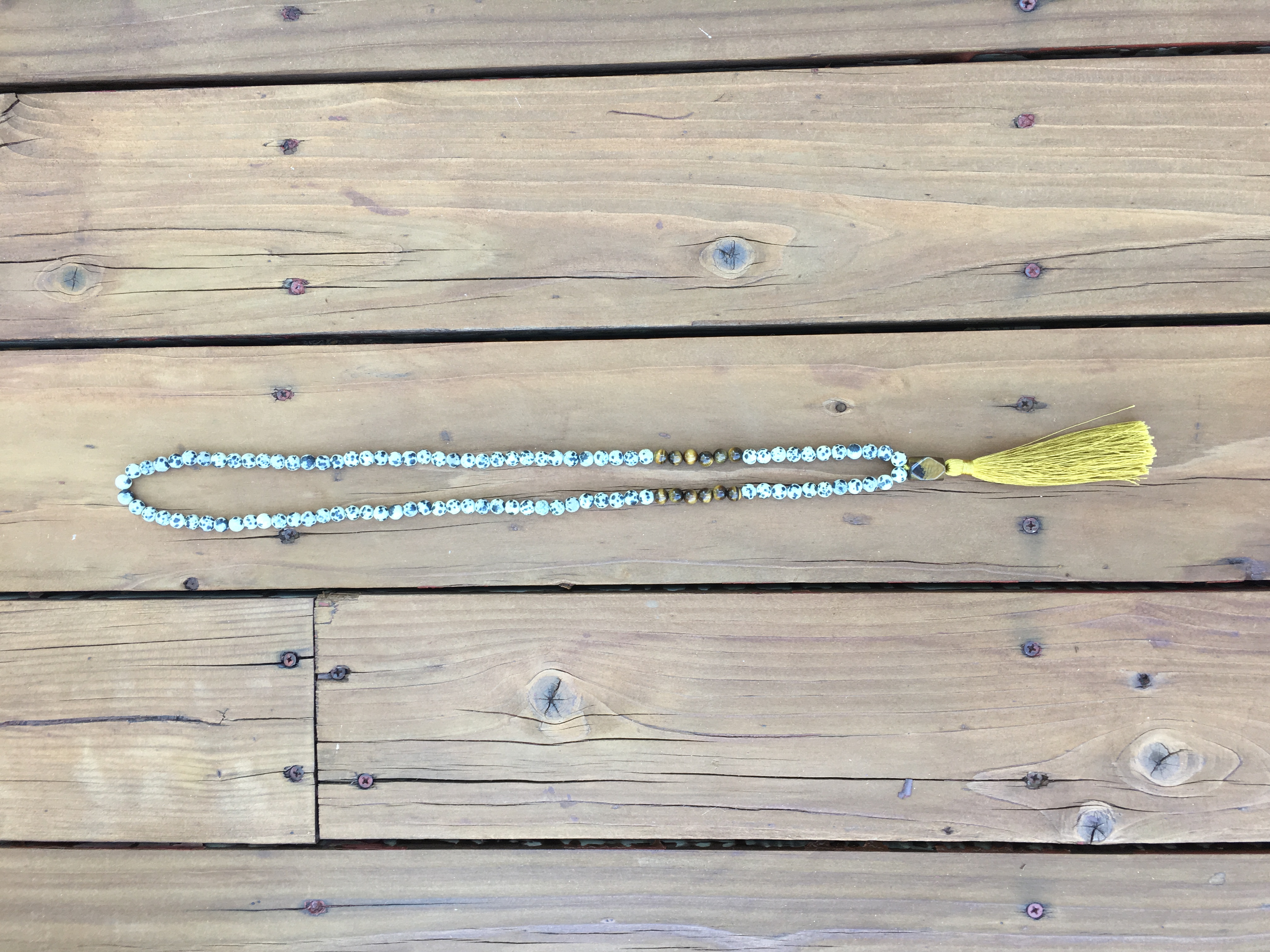 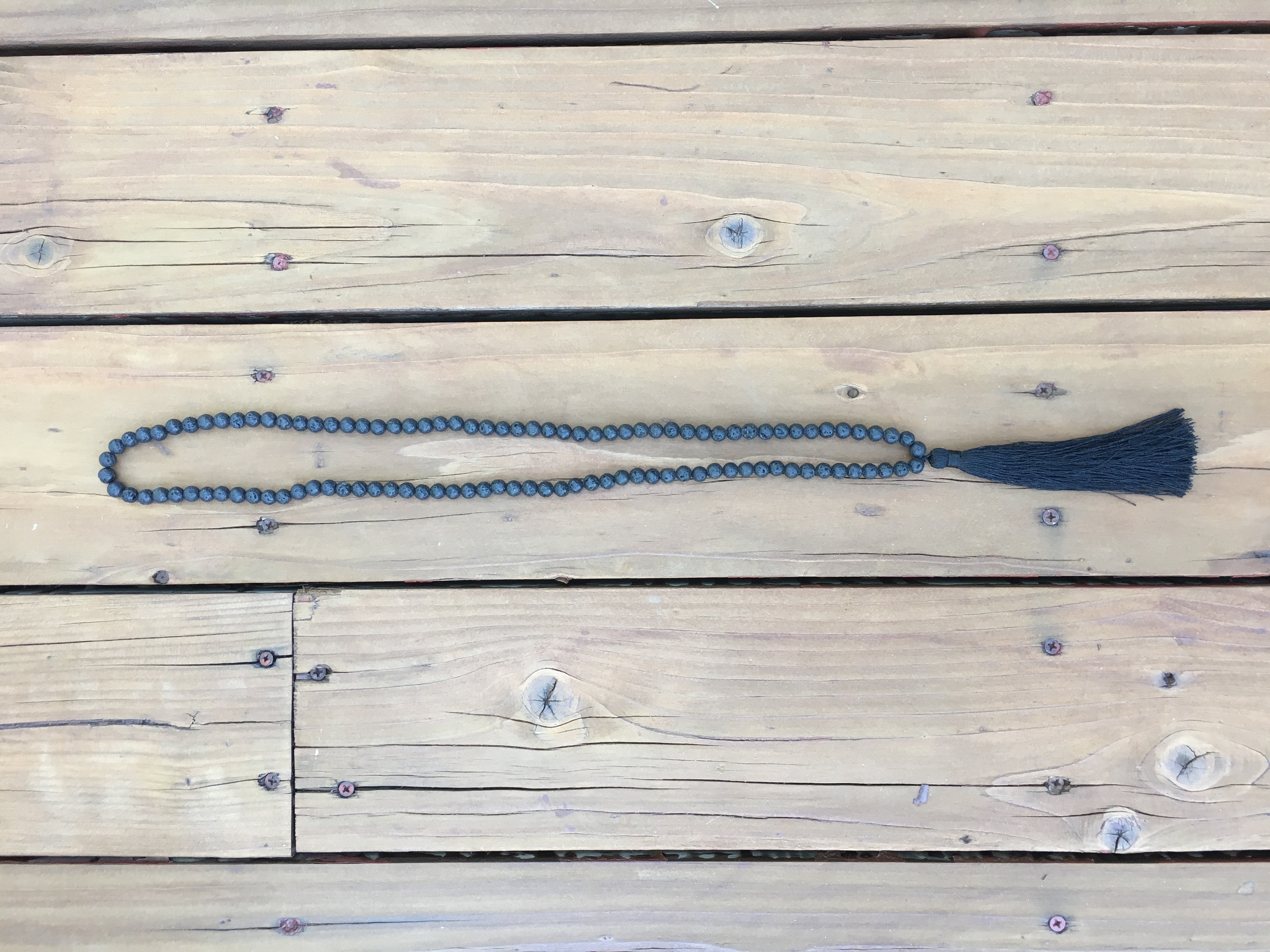 This mala is made from volcanic lava stone. It is believed to help with physical and mental strength in difficult situations.