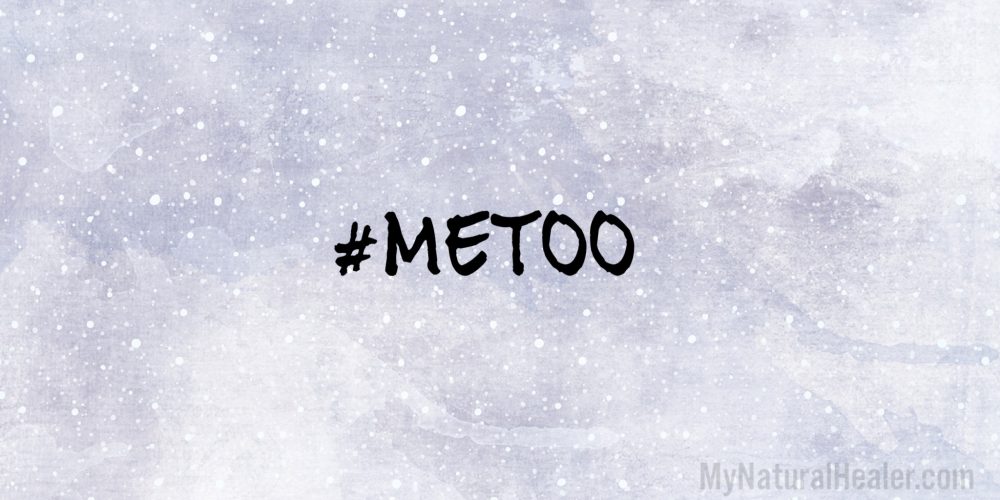 I didn’t think I’d ever share this. But in light of the recent movement to expose the epidemic of sexual assault, I feel compelled to share my story. #MeToo.

I share this experience, along with how I was able to heal, in hopes of helping the many people who are also trying to heal. Over the past few weeks, we have all witnessed together, been shocked and outraged together through the #metoo stories flooding social media. These glimpses painfully illustrate reliving memories, akin to pouring salt in an open wound. Some may think they have healed and moved on, while others struggle  on a daily basis. For those who have convinced themselves they have  forgotten about the offenses, emotional pain comes to the surface if it has not been dealt with.

Sexual harassment comes in many shapes and sizes. Although I’ve been sexually harassed more times than I can count (yeah, #metoo), the most horrific of the offenses happened almost a decade ago when I was drugged and raped by a group of guys who I thought were my friends. I’ll spare you the full version of my experience, as the horrifying details are quite disturbing.

The next morning just felt like a really intense hangover, save for random memories I began to stitch together. It took me a couple days to figure out exactly what happened. I was fortunate enough (or unfortunate, depending on how you look at it) to vomit much of the drug before it was fully processed by my body, so I was left with several vivid memories in between blackouts. I replayed those memories in my head, wondering how I could possibly let myself get so drunk off of two light beers and one shot over a six hour period – I must have gone on quite the bender later in the evening, right? Yeah, no. It wasn’t until I realized the oddness in my memory of the bright blue chunks in my vomit when I realized what had been roofied. The thought never crossed my mind that I could actually be drugged by people I casually knew.

I went to the health clinic as soon as I could and to the police station a few days later. I knew I didn’t have a standing chance with my word against multiple guys, with no evidence remaining in my body, so I didn’t open a case. I felt slightly better telling the police to watch out for a list of names I provided, but that was all I felt I could do. Textbook date rape and how so many men get away with it.

Although I believe I forgave the men that did this years ago, I held onto parts of my experience for over seven years. Mainly, I beat myself up for not figuring it out sooner. Because I didn’t figure it out quickly, I blamed myself for not being able to take legal action and stop them from doing it to other women. As I began my healing journey, I’ve gone through layers upon layers of emotional pain that my coping mechanism had habitually shoved aside. This experience finally came to the surface.

Recently, in just one week I had three big signs from the universe, letting me know I was ready to address this deeply hidden secret and release it for good. My rape had been on my mind and dreams at the time, as it routinely would come back to haunt me on occasion.

I know all of these signs led to me to address this issue. Here’s a few takeaways that I’ve learned:

This is twofold: forgive the person or people that did this as well as yourself. Although sexual assault is not the victim’s fault, it is common to carry guilt as I did. My self-blame came in the form not being able to stop those men from possibly raping other women and trusting people I shouldn’t have trusted. Easier said than done, yes. I am absolutely not suggesting any victim of sexual assault to forget, but there is a lot of power and energetic freedom that comes with forgiving. Simply put: a grudge is not worth the pain, and the offender is not worth the energy.

Don’t Hold It In

It is unhealthy to bottle it up and not address an issue or the emotional pain. I honestly thought I moved on, because it was rare for me to think about what had happened. Clearly, I was suppressing memories and not dealing with them. Emotional trauma needs to be processed and fully released so healing can occur. Not addressing traumas can lead to health problems. The health issues may take years to manifest, but I’m a firm believer they will likely and eventually manifest in some shape or form.

I am choosing to share my story to help others heal. Countless women and men have been sexually assaulted and do not want to share their story. I’m here to tell you that you absolutely don’t have to – it’s your story and you don’t owe it to anyone. There are many ways to heal that don’t require you to share. I was able to heal from my experience through talking with my spiritual counselor, followed by a few Bodytalk sessions. Traditional counseling works great too and is a good start for many people. But if you’re hesitant to talk about the full details of what happened to you, try energy work. When I had my first session to release my experience through BodyTalk, I had a profound physical response that can’t be denied. Here are a few healing modalities that may be worth trying:

BodyTalk – I am trained in this modality, and would be happy to help as well

Here is a great hotline number for help throughout the U.S.:

If you’re reading this and have been sexually assaulted, I empathize with what you are going through – it is not an easy recovery. I applaud you for being brave enough to read this post, for putting yourself first and taking steps toward healing. I pray for this healing movement and hope my story will help heal the millions of others who are suffering from sexual assault. Together, as a community, we can begin to stop assault in all of its forms.